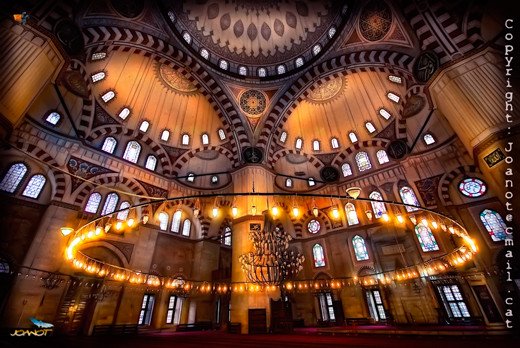 “Though he [idolaters] flourishes among the reeds. [But soon] An East wind will come, a wind from the Lord rising up from the Desert [i.e. Arabia]. And his [idolaters] water source will fail, and his [idolaters] spring will run dry. He, HAMADA [AHMAD] shall [come and] blow away all [idolatrous] treasure of vessels” – Hosea 13:15. [See: GW, HSCB, ESV, NASB, Leixkon Biblion].

Periklytos: In the Gospel of John the name of the Holy Prophet Muhammad (Peace Be Upon Him) also appears in Aramaic text as “Periklytos” [

: “Prqlit”] to this day (See: John 14:16; 16:6). Makarios is interpreted as “he is ‘blessed’ – i.e., praised and praiseworthy” – (See: Van Gemeren, W. A., et al, New International Dictionary of Old Testament Theology and Exegesis. 5 vols. Grand Rapids: Zondervan, 1997). We also know “Periklytos” means according to many Greek dictionaries as “illustrious”. Even, in celebrated Greek English Lexicon of Liddell’s et al it is defined as

Well, to all our conclusion, here is further evidence to our statement that Jesus called the actual name of the Prophet Muhammad (Peace Be Unto Them) as “MUHAMMAD/AHMAD”

in his native language of Aramaic. Here is the testimony from the Aramaic Bible Society: “Follow me as we trace the Biblical history of this Greek word “Paraclete”. Startling as it may seem, at one time the word read “Periklytos” and “Paraklytos”, which is the name for “Muhammad” in Greek. Surprising? It should not be because both words mean “Praised” or “Celebrate,” the meaning and character of the man “Muhammad.” (1 Jesus in The Qur’an, One World Publications, (c) Geoffrey Parrinder 1965, 1995, ISBN 1-85168-094-2). Knowing this, there is a need for us to study the life of Prophet Muhammad in depth to see if it all stands up. Surprisingly it does.”

“Of special interest always is what the name for Muhammad was in his mother tongue, Palestinian Aramaic. For this, we have to look to the Hebrew and Aramaic scriptures. According to the present day Aramaic scriptures, the word for Muhammad would read “Paraqleyta” or “Paraklytos” in Greek and “Menahem” in Hebrew! In the ancient Aramaic scriptures, before these changes, it read “Ahmad,” then “Munahammana” which is the Aramaic /Syriac rendering for the name “Muhammad.” These are names, not simply words, and they mean “Comforter” or “Muhammad” in Arabic.”

“There is no Aramaic dictionary where you’ll find the word “Paraqleyta” because there is no such word in that language. Therefore, two questions are asked:”

– “Why was Ahmad changed to ‘Munahammana’ and then to ‘Paraqleyta?'”

“History tells us that Muhammad was the only prophet who came shortly after Jesus and did everything Jesus said he would” – (Christian Supplements by Robert E. Allen, Jr., President, The Aramaic Bible Society, Inc., Los Gatos,

Admin
Related Itemsillustrious.PeriklytosMenahemmuhammad-ahmadMunahammanaNames of the Prophet Muhammad (Peace Be Upon Him) in the BibleParaklytosParaqleytaPrqlit