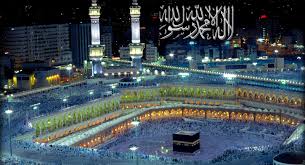 which was translated as Messenger. It has been further said there of his miracle with the power of ALLAH that he will suddenly comes to the Temple of Jerusalem, which did happened in the ‘Night of the Ascent’ of the Prophet Muhammad (Peace Be Upon Him) in the year 621 CE.

6. Noor – the Light: Prophet Muhammad (Peace Be Upon Him) is called by ALLAH, the Light. In the Quran as He revealed: “O followers of the Book! Indeed Our Messenger (Muhammad, on whom be peace) has come to you making clear to you much of what you concealed of the Book and passing over much; indeed, there has come to you light and a clear Book from ALLAH” – (Quran 5:15).

Sayyadana Ibn-e-Abbas [619 CE to 687 CE] (ALLAH be pleased with him) says in the commentary of the verse 35 from chapter 24: Surah Noor of the Holy Quran: “The similitude of the Noor (Light) of ALLAH is Noor (light) of the Holy Prophet Muhammad (ALLAH’s Grace and Peace Be Upon Him)” – (See: Tafseer-e-Ibn Abbas, p.372).

– Nehora – the Light: “The Rabbis considered the Aramaic word Nehora, ‘light’, to be one of the secret names of the king Messiah, since we read in the Aramaic part of the book of Daniel that, “light dwells with Him” (2.22). Furthermore, on the strength of the prophecies of Isaiah 42:6 and 60:1-3 the Messiah is seen as “the light of the nations. And Nehora dwells with him.” This is the Messiah-King, for it is written: ‘Arise, shine, for your light has come'” (Is. 60:1) – (Risto Santala. The Messiah in the Old Testament, in the light of Rabbinical writings, Keren Ahvah Meshihit, Jerusalem, 1992).

Indeed, it is “THE LIGHT OF MUHAMMAD (Peace Be Upon Him) that illuminates the darkness of this world” – (Annemarie Schimmel.  And Muhammad [pbuh] Is His Messenger: The Veneration of the Prophet in Islamic Piety, UNC Press, 1985, p. 124). It is true that the brilliant light of Prophet Muhammad (Peace Be Upon Him), before he was born “used to shine” also affirms Daniel W Brown “forth from his [mother Amina (peace be unto her)] by which she could see castle of Busra in Syria. On the eve of his birth, a Jew in Yathrib (Medina) was overheard announcing to his fellow Jews: ‘Tonight has risen a Star under which Ahmed (Peace Be Upon Him) is to be born'” (New Introduction to Islam, Blackwell Publishing, NY, Oct 1, 2003, p.71).