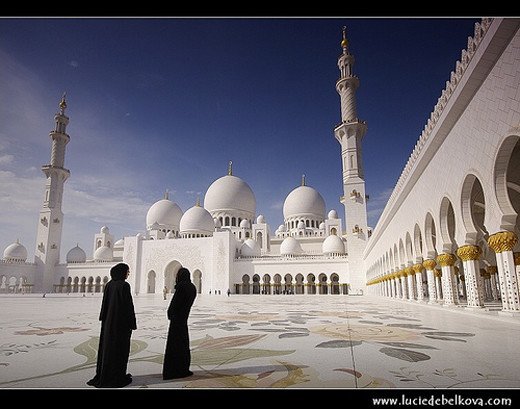 It is not only that ALLAH calls him the truthful and the honest but also the Meccans who were so hostile to his mission of Monotheism and social upliftment even bear witness to his truthfulness and they call him as “Amin” meaning the truthful and the trusty. Verily as ALLAH further says to His beloved Prophet Muhammad (Peace Be Upon Him): “We know indeed that what they say certainly grieves you (O Muhammad, on whom be peace), but surely they do not call you a liar; but the unjust reject the signs of ALLAH” (Quran 6:33).

– Sedeq – the Righteous and Truthful: As it was prophesied for him in the book of Isaiah 42:6: “I, the Lord, have called you to demonstrate My righteousness. I will take you by the hand and guard you, and I will give you to My people, Israel, as a symbol of My covenant with them. And you will be a light to guide the nations.” [NLT]

– It is interesting to note that the current version of the Gospel of Matthew also accords in the words of the Jesus who said of his coming: “YOU ARE THE LIGHT OF THE WORLD. A CITY THAT IS SET ON HILL CANNOT BE HIDDEN” – Matthew 5:14.

9. Arabi – the Prophet from the Noble Arabs: Prophet Muhammad (Peace Be Upon Him) is the one from the noble lineage of the Arabs i.e. from the blessed lineage of Prophet Ishmael and Prophet Abraham (Peace Be Upon Them). And thus he was known in the history as the “Arabi”. Indeed, ALLAH says, “And before it the Book of Moses was a guide and a mercy: and this is a Book (Quran) verifying (it) in the Arabic language that it may warn those who are unjust and as good news for the doers of good”- (Quran 46:12).

– Arab – the Oracle about Arabia: The Book of Isaiah (21:13) confirms us his coming from Arabia and the statement from the learned Rabbis like Simeon ben Yohai also confirmed this in his life time during the 1st century that King Messiah will come from Arabia from the branch of Ishmael (See: Pamela Berger. The Crescent on the Temple: The Dome of the Rock as Image of the Ancient Jewish Sanctuary, Brill, Leiden, the Netherlands, 2012, pp. 45-53).

10. Makki – the Prophet from the City of Makkah: Prophet Muhammad (Peace Be Upon Him) was born in the blessed city of Makkah (Becca is its ancient name) and from this Sacred City the Prophet (Peace Be Upon Him) began his Divine mission. As ALLAH says: “He it is Who raised among the inhabitants of Mecca an Apostle (Muhammad, on whom be peace) from among themselves, who recites to them His communications and purifies them, and teaches them the Book and the Wisdom, although they were before certainly in clear error” – (Quran 62:2).

– According to Deuteronomy, Moses also confirmed that Prophet Muhammad (Peace Be Unto Them) will come from Makkah i.e. Mount Paran. Indeed, it was said: “And this is the blessing, wherewith Moses the