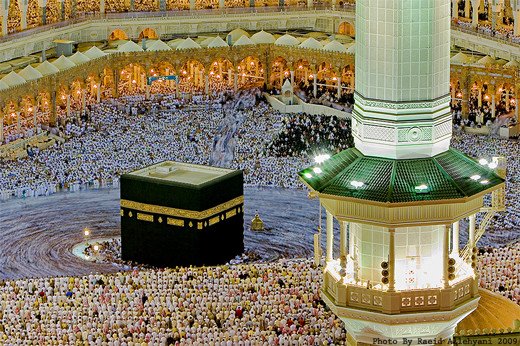 Verily Prophet Jesus (PBUH) also praises and prays for him: “LET YOUR LIGHT SO SHINE BEFORE MEN, THAT THEY MAY SEE YOUR GOOD WORKS AND GLORIFY…(GOD) IN HEAVEN” – (Matthew 5:16).

24. Prophet of the Night of Ascent: ALLAH said this in the Quran: “Glory to (ALLAH) Who did take His servant (Muhammad, on whom be peace) for a Journey by night from the Sacred Mosque to the farthest Mosque (in Jerusalem), whose precincts We did bless, in order that We might show him some of Our Signs: for He is the One Who heareth and seeth (all things)” – (17:1).

Prophet Muhammad (Peace Be Upon Him) visited Heaven when Gabriel came and beseeched him: “Awake, thou sleeper, awake!” (R.V.C. Bodley. The Messenger, the Life of Mohammed [pbuh], Greenwood, N.Y., 1946, p.49).

– It was also prophesied in the Jewish text about the coming of Prophet Muhammad (Peace Be Upon Him) as King Messiah mounting on a winged horse, wherein it was beseeched to him: “Awake, our Messiah. Arise and shine. Mount a galloping horse” – (Raphael Patai. The Messiah Texts, Avon Books, New York, 1979, p.49).

25. Rider on Borak: Prophet Muhammad (Peace Be Upon Him) rode on the winged horse of heaven called Borak on his night of ascent – (Bukhari).

– Prophet Muhammad (Peace Be Upon Him) according to Hindu scriptures also identified as the Tenth-Avatar and the King Messiah in the Rabbincal texts who will ride on the winged horse – (See: Rabbi Jeshua. Bible folk-lore, Kegan Paul, Trench and Co., London, 1884, p.178; Patai, op. cit., p.49).

26. Visitor of Jerusalem: Prophet Muhammad (Peace Be Upon Him) visited Jerusalem before going to Heaven – (Quran 17:1).

– In the Book of Malachi it is said, Messenger of Almighty shall suddenly come to His Temple [in Jerusalem] – (3:1).

– It was also prophesied in the Jewish legends that he will ascend to heaven. As it is said that he will be hidden away, body and soul, in that Divine pillar [the spiritual incubation of this sublime soul], ascended to the firmament and will subsequently [return and] be revealed completely for all to see – (See: Arba Mei’os Shekel Kesef p. 68, written by Rabbi Chaim Vital, pupil of the Arizal; See also Sha’ar Hagilgulim chapter 13).

28. One Who was raised above the Heavens by ALLAH Himself: Prophet Muhammad (Peace Be Upon Him), was raised to Heavens after reaching to the farthest part of the Seventh Heaven, till where he was accompanied by Gabriel but after reaching it; Gabriel shows his inadequacy. ALLAH took him to Himself with His Blessed Hands. As ALLAH says in the Quran says: “While he [Muhammad, on whom be peace] was in the highest part of the horizon, he approached and came closer (to ALLAH), and was at a distance