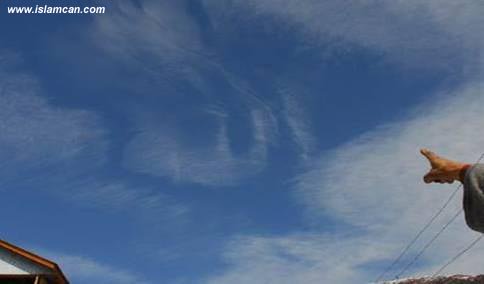 life, who (yet) deny the Truth; and bear with them (O Muhammad, on whom be peace) for a little while. With Us are Fetters (to bind them), and a Fire (to burn them), And a Food that chokes, and a Penalty Grievous. One Day the earth and the mountains will be in violent commotion. And the mountains will be as a heap of sand poured out and flowing down. Lo! We have sent unto you (O Men and Jinn!) a Messenger (Muhammad, on whom be peace) as witness against you, even as We sent unto Pharaoh a Messenger (Moses, on whom be peace)” – (Quran 73:8-15)

– As it is said, whoever does not believe him lacks faith not only in all the Prophets but also in the Torah – (See: Rabbi Moshe. Mishneh Torah, Hilkhot Melakhim, Umilchamoteihem, Chapter 11).

The light of Prophet Muhammad (Peace Be Upon Him) passed invariably from Adam to the generations of the blessed lineage until it reached Abdullah the son of Abdul Mutallib (Peace Be Unto them). It is reported from the Prophet Muhammad (Peace Be Upon Him) who used to say: “I am of the religion of my father Abraham” – (Uri Rubin et al., Israel Oriental Studies, Vol. 5, Tel Aviv University, Tel Aviv, 1975, p.76). And it is reported from Ali bin Abu Talib (may ALLAH be pleased with him) who has said: “By ALLAH, neither my father ever worshipped the idols, nor my grandfather ‘Abdul-Muttalib, nor his father Hashim, nor his father ‘Abd Munaf. They prayed facing towards the Ka’bah and followed the religion of Ibrahim (Abraham)” – (See: Ibid., also: The Light – vol., 12-13, Bilal Muslim Mission of Tanzania, 1978, p.19).

– And thus it is said, he will come “the from the [pure] lineage of Abraham (on whom be peace)” – (Rabbi Levi ben Gershon. Midrash Tanhuma, Israel: KTAV Publishing Company, 1989).