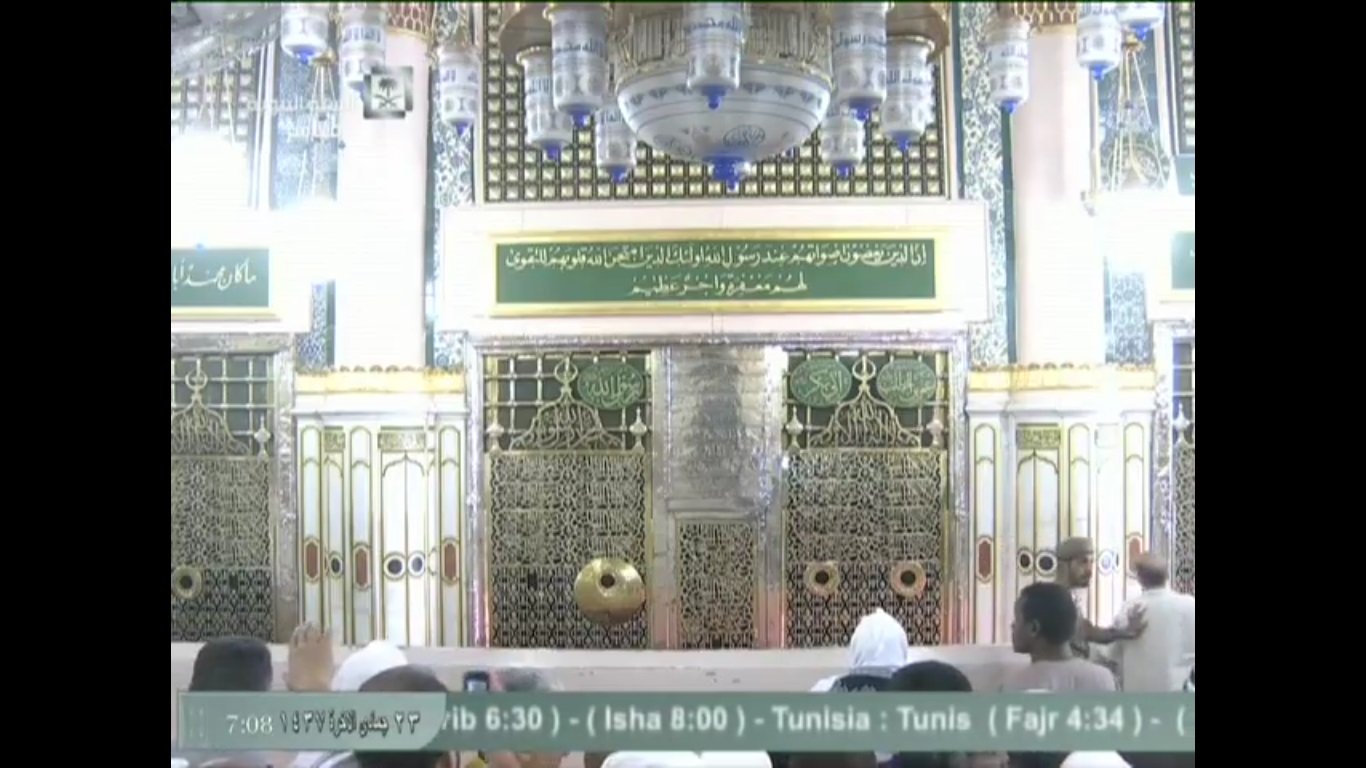 – It is said of him according to many Rabbis that when Almighty created light it was good as said in Genesis 1:4 in Hebrew “” read as To’wb and Rabbis also asserts that this is the light of him and thus bears the name of “To’wb”, meaning good – (See: William R. Harper et al. Hebraica, Vol 1, Issue 1, American Publication Society of Hebrew, Chicago, 1884, p.25).

39. Kareem – the Noble: Prophet Muhammad (Peace Be Upon Him) is also called by ALLAH as “Kareem”, meaning noble and honoured. As ALLAH the Mighty and Sublime, says in Quran: “But nay! I swear by all that ye see. And all that ye see not. Most surely, it is the Word brought by an honoured Messenger (Muhammad, on whom be peace). It is not the word of a poet: little it is ye believe! Nor is it the word of a soothsayer: little admonition it is ye receive. It is a revelation from the Lord of the Worlds” – (69:38-43).

– Indeed, the prophecy of Prophet Muhammad (Peace Be Upon Him) in the ancient scriptures describe him as the most noble and honoured: “He will not shout or cry out, or raise his voice in the streets” – (Isaiah 42:2).

40. Da’i – the Caller to Righteousness: Prophet Muhammad (Peace Be Upon Him) is the caller to righteousness i.e. ALLAH’s path of justice and truth. As ALLAH says: “O ye who believe! Give your response to ALLAH and His Messenger (Muhammad, on whom be peace), when He calleth you to that which will give you life; and know that ALLAH cometh in between a man and his heart, and that it is He to Whom ye shall (all) be gathered” – (Quran 8:24).

– As it was prophesied that he will call you in righteousness – (Isaiah 42:6).

41. Muhdi – the One Who gives Guidance: Prophet Muhammad (Peace Be Upon Him) is the one who guides to ALLAH’s path. As ALLAH asked him to proclaim: “Say (O Muhammad, on whom be peace): O mankind! Lo! I am the messenger of ALLAH to you all – (the messenger of) Him unto Whom belongeth the Sovereignty of the heavens and the earth. There is no God save Him. He quickeneth and He giveth death. So believe in ALLAH and His messenger, the Ummi Prophet (Muhammad, on whom be peace), who believeth in ALLAH and in His Words, and follow him that haply ye may be led aright” (Quran 7:158).

42. Sahib ul ‘Alamah – the Possessor of the Sign of Prophethood:e. The Prophet with proven prophecies – Prophet Muhammad (Peace Be Upon Him) was the last of the Prophets and the Prophet with proven and evident prophecies. ALLAH revealed about him: “Now have come to you, from your Lord, proofs (to open your eyes): if any will see, it will be for (the good of) his own soul; if any will be blind, it will be to his own (harm): [Say: O Muhammad, on whom be peace] I am not (here) to watch over your doings” – (Quran 6:104).

– As it is said of him: All the nations will recognize his wisdom and sublimity and submit to his rule – (Midrash Tehilim 2:3 and 87:6-7).