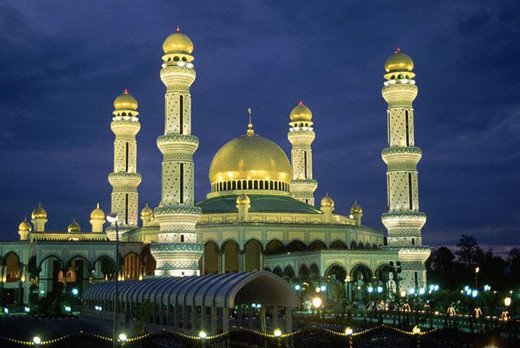 Thus, Islam is the Universal and ultimate faith that spreads all over the globe with the hands of the Prophet Muhammad (Peace Be Upon Him).

43. One Who Judges with Righteousness: Prophet Muhammad (Peace Be Upon Him) is the judge who judges with justice, truth and righteousness: “Surely”, as ALLAH says of him “We have revealed the Book (Quran) to you (O Muhammad, on whom be peace) with the truth that you may judge between people by means of that which ALLAH has taught you; and be not an advocate on behalf of the treacherous” – (Quran 4:105).

– Indeed Psalm prophesied of him that, “He shall judge Your people with righteousness” (72:2).

44. Establisher of Zakaat: The one who does justice to poor by paying poor due – Prophet Muhammad (Peace Be Upon Him) is unique among the annals of history. In Islam as the Prophet Muhammad (Peace Be Upon Him) taught it is the obligation of faith to take care of those who are poor and destitute, orphans and needy. And thus in Islam, he, (Prophet Muhammad – PBUH) set a mandatory obligation to every well-off member to give alms to the poor called as “Zakat” in Arabic, i.e. poor-rate or poor-due. Well, it is this universal fundamental deed that could with an ease erase all the poverty and challenges that our world faces even today. Yet many of us still back-out to pay that basic poor-rate i.e. due tax of 2.5% to the poor every fiscal year. It is in the tenets of Islam that one should give the Zakat and disobeying this command can result in serious Divine disapproval of ones deeds. It is said in the Quran about those who do not pay Zakat that they will be punished in Hell. When it was asked from the sinners, ALLAH says in Quran: “What has brought you into hell? They shall say: We were not of those who prayed; And we used not to feed the poor” – (74:42-44). And ALLAH further says: “And they were not enjoined anything (O Muhammad, on whom be peace) except that they should serve ALLAH, being sincere to Him in obedience, upright and keep up prayer and pay the poor-rate (Zakat), and that is the Right Religion” – (98:5).

– Indeed Psalm (72:2) prophesied of him that he will do justice to poor.

Prophet Muhammad (Peace Be Upon Him) is indeed not only the friend of the needy and poor but in practicality he is their saviour till the world lasts, till