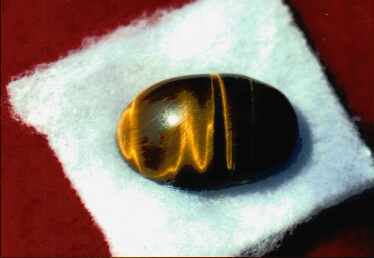 – Indeed, Prophet Muhammad (Peace Be Upon Him) has already been prophesied centuries before that he will hold the high station in many scriptures of the world. In Jewish Rabbinical text, as said earlier he is identified as the king Messiah, meaning Ghouse-ul-Malik i.e. the king saviour. As the Jewish Encyclopedia says, “His high station there are often mentioned [in Rabbinical text]. Akiba interprets Dan. vii. 9 as referring to two heavenly thrones—the one occupied by God and the other by the Messiah (Hag. 14a; comp. Enoch, lv. 4, lxix. 29), with whom God converses (Pes. 118b; Suk. 52a)” (Kaufmann Kohler, Ludwig Blau, Jewish Encyclopedia, V.10, Pennsylvania, www.JewishEncyclopedia.com, 1906; 2016, p.184).

61. Owner of the River Al-Kawthar: Prophet Muhammad (Peace Be Upon Him) has been bestowed with the River Al-Kawthar as ALLAH says, “Verily We have granted you (O Muhammad, on whom be peace) the Kawthar” – (Quran 108:1). When it was asked “O Messenger of ALLAH (on whom be peace)! What is Al-Kawthar? He replied: It is a river in Paradise, which my Lord has given me. It is whiter than milk and sweeter than honey. There are birds in it whose necks are (long) like carrots. `Umar said, “O Messenger of ALLAH (on whom be peace)! Verily, they (the birds) will be beautiful? The Prophet (on whom be peace) replied, The one who eats them (i.e., the people of Paradise) will be more beautiful than them, O `Umar” – (Imam Ahmad recorded from Anas bin Malik).

– Indeed, Rabbis also attest to this fact that God blessed him with the river in Heaven as said in Zohar: “A river issues from Eden to water the garden, to water and maintain it, attending to all its needs” (Daniel Chanan Matt. The Zohar, Vol.1, 1:31b, Stanford University Press, Stanford, 2004, p.191).

62. Sayyid u’l Kawnayn – the Master and the Leader of the Two Worlds of the Creation of ALLAH: Prophet Muhammad (Peace Be Upon Him) said that: “I will be the first to be resurrected” (Bukhari). And also it is reported that the Messenger of ALLAH (Peace Be Upon Him) said: “I will be the master of mankind on the Day of Resurrection” (See: William C. Chittick, The Sufi Path of Knowledge, State University of New York Press, NY, 1989, p.240). Verily, these narrations do confirms the Quran wherein ALLAH said that Prophet Muhammad (Peace Be Upon Him) is the mercy for all creation (Quran 21:107).