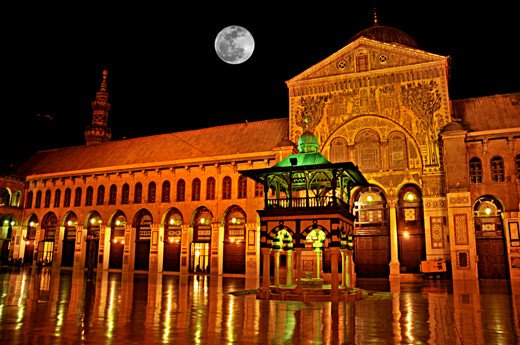 – Thus is it said he is more extolled than Moses and shall be very high, that is, the Messiah shall be higher than the ministering angels – (See: Rachmiel Frydland. What The Rabbis Know About Messiah, October 26, 1996, USA.).

– It is said of Prophet Muhammad (Peace Be Upon Him) in the Jewish text as being the King Messiah, he will bring forth many nations to the service of One God (i.e. Islam, the true monotheism of Abraham). As it was said: “And it is said God will be King over all the world – on that day God will be One and His name will be One” (Zechariah 14:9). And thus, he will be “more exalted than Moses, for Moses drew but a single nation to the service of God, but the King Messiah will bring to His service many people [i.e. service to One God (emphasis added and to be noted that this stands to the very meaning of Islam = submission/service to One God)]” – (Rabbi Shlomoh Astruc Interpretation quoted by R. Driver and A. Neubauer in the Fifty-Third Chapter of Isaiah. According to the Jewish Interpreters, 2 vols. (reprint. New York: KTAV, 1969) and translated by E. B. Pusey, Regius, Professor of Hebrew, Oxford).

“Islam” also avows the Jewish virtual Library (The Encyclopedia of Jewish history and culture), “stands as one of the major religions of the world and may possibly be the major religion of the world [tomorrow]…Islam is Monotheistic. The overwhelming message of Islam is that there is One and Only One God, that this God is Single and Unified (tawhid) – (American–Israeli Cooperative Enterprise, www.jewishvirtuallibrary.org/jsource/Bible /Islam.html, 2016).

64. Raheem – the Merciful: Prophet Muhammad (Peace Be Upon Him) not only is the merciful but he is also the mercy of ALLAH and bears the mercy