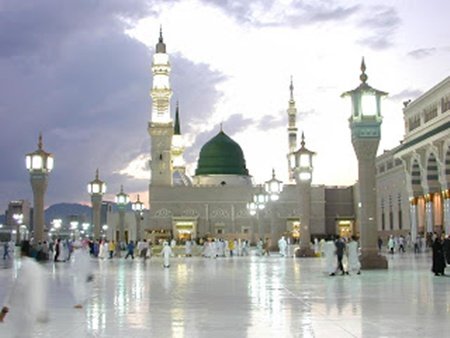 65. Rauf – the Kind: ALLAH Himself called Prophet Muhammad (Peace Be Upon Him) as the most kind and most merciful (See: Quran 9:128). He is the noblest creation of ALLAH. From his light emerges the light of Islam and it triumphs over the odds as the mercy of ALLAH. It saved the lives of billions of humans in the history and for sure, it will continue to do so till the world lasts.

– It is said of the Prophet Muhammad (Peace Be Upon Him): “He will achieve great fame and his reputation among the gentile (non-Judas) nations will be even greater than that of the King Solomon. His great righteousness and the wonders that he will bring about will cause all people to make peace with him and all lands to serve him” – (Robby Waddell et al., Perspectives in Pentecostal Eschatology: World Without End, Casemate Publishers, Havertown, Pennsylvania, 2012, p.38).

66. Al-Mahi – the Obliterator of Disbelief: Prophet Muhammad (Peace Be Upon Him) is the one with whom ALLAH eliminated infidelity (Bukhari 56:732). Thus, Prophet Muhammad (Peace Be Upon Him) is the restorer of the ancient faith of Abraham, the religion followed by all the Prophets. “In reality” as avows the Jewish Encyclopedia “this confession or practise which he [Mohammed, PBUH] sought to establish was nothing new: it was only a restoration of the ancient religion of Ibrahim, to which God had called him [Mohammed, PBUH] through the medium of Gabriel, the angel of revelation…he [Mohammed, PBUH] was to continue the mission of the earlier prophets from Adam to Jesus, and demanded for all of them [to have] faith and recognition [in them]” – (Kaufmann Kohler and Ignatz Goldziher. Jewish Encyclopedia, Vol. 6, (1843-1926), Pennsylvania, JewishEncyclopedia.com, 1906; 2016, p.652).

Indeed, with his hands Islam spread, “Wholly without parallel in the history of the world” – (Ibid, p.654).

– Again, the Rabbinical text is very clear that it indeed heralds the coming of Islam with coming of the Prophet like Moses (on whom be peace): “All nations will return to the true religion (i.e. As elucidated by Maimonides), ‘true monotheism, not necessarily Judaism'” (Waddell, op. cit., 2012, p.38).

67. Al-Hashir – the Gatherer on the Day of Judgement: Prophet Muhammad (Peace Be Upon Him) is the one who will be the first to be resurrected and the people being resurrected thereafter on the Day of Judgement (See: Bukhari 56:732). Hence, he the blessed bears the name “al-Hashir” i.e. by whom ALLAH would assemble men before his feet. As the Prophet Muhammad (Peace Be Upon Him) himself said: “I am Muhammad and I am Ahmad, and I am al-Mahi (the obliterator) by whom unbelief