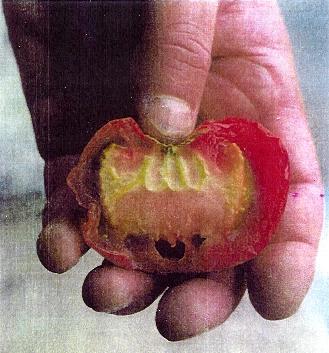 68.Al-Aqib – the Successor of all the Prophets: Prophet Muhammad (Peace Be Upon Him) also said that he bears the name “Al-Aqib”, because there will be no prophet after him – (See: Bukhari 56:732).
– Indeed, the belief and the faith that the Jewish chanted throughout the history is that the King Messiah would be the last and final redeemer of ALLAH before the end of times. Indeed, Jesus also prophesied about him to be like Moses (Peace Be Unto Them). “Jesus”, also avows Margaret S. King “certainly [Matt. 24:27-31, 26:64, Mark. 13:26] was not referring to himself. He was referring to the expected warrior king “Messiah” who would come in the future and was confirming that the last Prophet was not a [just] “messiah” as he was, but a [universal] “messenger of God” – (Unveiling the Messiah in the Dead Sea Scrolls, Xlibris Corporation, Bloomington, 2012).
69.Rasul ul Malahim – the Messenger of ALLAH of the Battles of the Last Days: Prophet Muhammad (Peace Be Upon Him) is the Messenger of ALLAH of the battles of the Last Days: “Lo! Those who disbelieve the revelations of ALLAH, and slay the prophets wrongfully, and slay those of mankind who enjoin equity: promise them (O Muhammad, Peace Be Upon Him) a painful doom…ALLAH had already given you the Victory at Badr, when ye were contemptible. So observe your duty to ALLAH in order that ye may be thankful. When thou didst say (O Muhammad, on whom be peace) unto the believers: Is it not sufficient for you that your Lord should support you with three thousand angels sent down (to your help)?” – (Quran 3:21; 123-124).
-“It is interesting to note”, avows T. Bernhardsson et al “that the legend of Daniel is traceable to ‘Abd Allah b. Salam (d. 663), the learned Rabbi who accepted Muhammad (Peace Be Upon Him) as the Prophet of the end of time, the [Prophet from] gentile [nation] ‘brother of Moses’…”
“Muhammad (Peace Be Upon Him), the prophet of the end of time did begin the conquest of Arabia as a true ‘Messenger of the malhama’; his apocalyptic battle was none other than the battle of Badr in 624, when God sent down 3,000 angels to fight alongside his army (Quran 3:123-5). The Muslim tradition follows Daniel as having Gabriel and Michael each leading 1,000 angels to the right and the left of Muhammad (Peace Be Upon Him).”
“The Qumran community” continues Bernhardsson et al “and the Sadducee designation and legal rite of the medieval Karaites…Jews, such as those of the Yemen, who ‘have the knowledge’ accepted Muhammad (Peace Be Upon Him) as the expected gentile prophet, saying ‘the promise of our Lord is indeed fulfilled’ (Q. 17:108)” – (Imagining the End, I. B. Tauris & Co Ltd, New York, 2002, pp. 109-10).
70.Fasih u’l lisan – the Eloquent and Effective of Speech: Prophet Muhammad (Peace Be Upon Him) is the one who is wise, eloquent and effective in speech. As ALLAH says in the Quran: “And speak to them (O Muhammad, on whom be peace) a word to reach their very souls” (4:63).