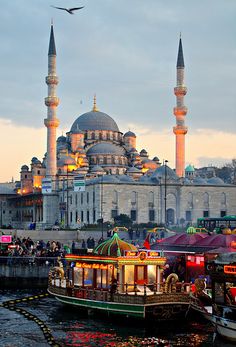 in Al-Andalus, where they were well versed in classical Arabic. Also, the general attraction of Islamic culture and openness of Muslims to cooperation in scientific and cultural matters, led to the participation of Jews, together with Muslims, Christians and members of other communities” – (Shlomo Sela. Abraham Ibn Ezra and the Rise of Medieval Hebrew Science, BRILL, 2003, Leiden, p.4).

“The conquests of Islam” also affirms Yom Tov Assis (the Hebrew University of Jerusalem) “ushered in a new epoch in the history of the Jews… Jewish history changed its course” – (Daniel Frank. The Jews of medieval Islam, E. J. Brill, Leiden, The Netherlands, pp. 111).

Yet sadly, some humans in history corrupted the sanctity of those earlier prophets and their scriptures. “One charge often” also avows Oliver Leaman “made by Islam is that those parts of the Bible must have been changed by the Jews if they involve negative accounts of the prophets. It is a powerful charge; since there is no doubt that, many of the accounts of the main participants in the Bible present them as highly dubious moral characters. They lie, they steal, they mislead and cheat others on occasion, and it has been argued that this must represent a deviation from the real message of God, since how could God hold up these individuals to be messengers and exemplars if their behavior was often so disgraceful?” –(Jewish Thought, Routledge, UK, 2006, pp. 59-60).

For instance, the holy Patriarch Abraham (on whom be peace) was blamed in the Bible for having incest relationship (Genesis 20:12) [ALLAH forbid and forgive!]. Is it justified to think of such a noble man to do such a shameful deed? Nay! It was entirely a false allegation that the misanthropists of that age charged not only Abraham but also on all the other earlier prophets. Read your own Bible and Vedas and see what they have to say about those holy men whom we regard with one tongue but they abuse them with other tongue. Can this be true? Nay! Verily, it would not be possible for ALLAH to leave His holy men all alone to suffer such depriving allegations. Thus, He sent Prophet Muhammad (Peace Be Upon Him) to clear His holy men from such false allegations and proclaim to the world that all His Prophets, wherever they have been sent, were all holy, guided and protected by ALLAH Himself.

Thus, ALLAH stands witness to it and says in the Quran: “Surely (as for) those who disbelieve in the revelations of ALLAH and slay the prophets unjustly and slay those among men who enjoin justice, announce to them (O Muhammad, on whom be peace) a painful chastisement. ALLAH has