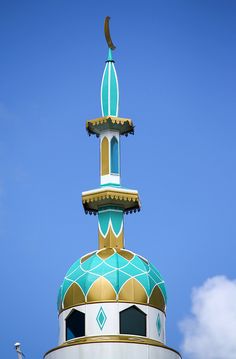 certainly heard the saying of those who said: Surely ALLAH is poor and we are rich. I will record what they say, and their killing the prophets unjustly, and I will say: Taste ye the penalty of the scorching fire. And whoever obeys ALLAH and the Apostle (Muhammad, on whom be peace), these are with those upon whom ALLAH has bestowed favors from among the Prophets and the truthful and the martyrs and the good, and a goodly company are they” – (Quran 3:21; 3:181; 4:69).

– Indeed, in the Jewish texts, Rabbis chanted throughout the history that he will universally restore the faith of all the previous prophets and their sanctity. In fact, he is “SUCH A PROPHET as it is stated in the Midrash on the verse, ‘Behold my servant shall prosper…’ Moses by the miracles which he wrought drew but a single nation to the worship of God, but the Messiah will draw all nations to the worship of God” – (David Lipscomb Cooper. Messiah: His nature and person, L. Cooper, London, 1933, p.49).

80. ‘Izz u’l Bani Adam – the Might of the Children of Adam: Prophet Muhammad (Peace Be Upon Him) is not only the last and greatest Prophet and Messenger of ALLAH but he is also the might and honour of all the children of Adam irrespective of their gender, their faith, their color and their places. Indeed, Prophet Muhammad (Peace Be Upon Him) himself with Divine authenticity said: “Verily, I am a Mercy that has been raised up” – (Reported by Abu Huraira: Al Hadis, Vol. 4, p.341).

– Verily, as we see the coming of the Prophet Muhammad (Peace Be Upon Him) has been prophesied to the all children of Adam in the Book of Ezekiel: “Son of Adam, I am about to send from you MUHAMMAD in front of your eyes with a stroke. Yet now do not lament or weep or shed any tears” – Ezekiel 24:16. [See: NIV, NASB, JPS Tanakh 1917, Leixkon Biblion]

81. Prophet Longed from Generations: Prophet Muhammad (Peace Be Upon Him) was the prophet who was longed from the generations and his coming has been heralded in the previous Divine Scriptures. And ALLAH Himself witnesses to this fact: “Those who follow the Messenger, the Ummi Prophet [Muhammad, upon him be peace], whom they find mentioned in their own [Scriptures], – in the Torah and the Gospel. He will enjoin on them that which is right and forbid them that which is wrong. He will make lawful for them all good things and prohibit for them only the foul; and he will relieve them of their burden and the fetters that they used to wear. Then those who believe in him, and honour him, and help him, and follow the light which is sent down with him: they are the successful” – (Quran 7:156-157).

– Again, it is said of him in the Book of Ezekiel: “And thou, Son of Adam, know that on the day when I send like the stronghold, the joy of their glory, the MUHAMMAD from their eyes, the longing of their hearts, as well as their sons and daughters. In that day, he that escapeth shall come unto thee, to cause thee to hear it with thine ears. In that day shall thy mouth be