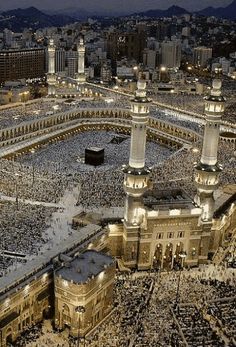 ye will besides him.” Say (O Muhammad, on whom be peace): “Truly, those in loss are those who lose their own souls and their people on the Day of Judgment: Ah! That is indeed the (real and) evident Loss!” – (Quran 39:11-15).

– The episode of history changed with the coming of Prophet Muhammad (Peace Be Upon Him) who has been prophesied in the scriptures of the Torah and the Gospel. “In the sixth and seventh centuries” avows the Atlas of Jewish History, “Arabs in the Arabian peninsula were polytheists who lived in nomadic tribes and urban centres. At the beginning of the seventh century, Muhammed (PBUH) condemned their [Arabs] religious practices. Convinced that the one true God had revealed His will to him…that each person would be judged on the final day of Judgement: ‘”When the Sky is rent asunder; when the stars scatter and the oceans roll together, when the graved are hurled about; each soul shall know what it has done and what it has failed to do'” – (Koran).

“According to Muhammed [PBUH], the Jews had distorted ALLAH’s words, and their Scriptures contained untruths. The Koran, however, both proves the Torah and corrects it. Islam is therefore superior to Judaism because it is a restoration of the original form of monotheism. Abraham was a…Muslim, but Muhammed [PBUT] is the ‘Seal of the Prophets’.

“…The Arab conquerors did no encourage Jewish conversion to Islam; rather Jews were recognized as a People of the Book as their Scriptures were based on Divine revelation. For this reason they were guaranteed religious toleration, judicial autonomy, exemption from military service, and security of life as well as property….A major change took place in Jewish life: Jews became an urbanized people…with the expansion of [Islamic] empire…new economic opportunities for Jews who engaged  in a wide variety of crafts such as tanning, dyeing, weaving, silk manufacture and metal-work [which also fulfills the sign that in the days of Messianic kingdom Jews will produce crafts according to many Rabbis]. In addition, the Jewish upper classes participated in interregional trade.”

84. Prayer of Abraham: Prophet Muhammad (Peace Be Upon Him) is the prayer of Abraham (Peace Be Upon Him) and the blessing that has been also promised to Abraham (Peace Be Upon Him). “And when Abraham and Ishmael were raising the foundations of the House, (With these prayer): Our Lord! Accept from us (this duty). Lo! Thou, only Thou, art the Hearer, the Knower. Our Lord! And make us submissive unto Thee and of our seed a nation submissive unto Thee; and show us our ways of worship; and turn unto us (in Mercy); for Thou art the Oft-Returning, Most Merciful. Our Lord! And raise up in their midst a Messenger [Muhammad, on whom be