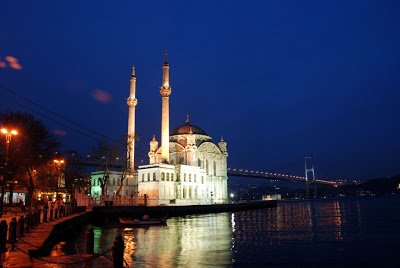 – Indeed, “He shall be more exalted than Moses, and more extolled than Abraham; and higher than the ministering angels; greater than any man” – (Moshe Idel. Studies in Ecstatic Kabbalah, SUNNY Press, NY, 2012, p.50).

– As we have seen in the Book of Ezekiel Prophet Muhammad (Peace Be Upon Him) has been called as the joy of their glory and power – (Ezekiel 24:25).

88. Sayyid u’l Khalq – Master of the Creation of ALLAH: Verily, Prophet Muhammad (Peace Be Upon Him) is best of the creation of ALLAH and the Mercy of ALLAH for all the worlds as the Quran says: “We sent thee (O Muhammad, on whom be peace) not but as a mercy for all the worlds” – (21:107). But in spite of his undisputable status he is the servant of ALLAH, one of His Messengers and Prophets but bears the Seal of that Prophethood and that Messengership.

Well, also Royal Asiatic Society of Great Britain and Ireland also affirm that Prophet Muhammad (Peace Be Upon Him) said: “Do not exceed bounds in praising me, the dignity which has been conferred on me by God. I am the same Muhammad the son of Abdullah, the servant of God and His messenger“….the Prophet, who is the great and kind patron of his followers…his highness warned his followers not to praise him beyond proper limits, saying: “My name is Muhammad (Peace Be Upon Him), and not God, Creator, or Sustainer; and like other men I was born of my parents; and to be the servant of God is my chief pride, but I have some distinctions from other people, having a knowledge of the ordinances of God, while others are ignorant thereof. The later ought, therefore, to learn from me the religion of God.” O God, convey our blessings and thousands of salutations to such a gracious and benevolent Prophet; and be pleased to appreciate duly, the boundless exertions which he made to teach the true religion to such ignorant people as ourselves (Amen)” – (Journal of the Royal Asiatic Society of Great Britain and Ireland, edited by Royal Asiatic Society of Great Britain and Ireland, Harrison and Son, London, 1834, pp. 366-67).

– It is echoed by many erudite Rabbis contrary to the mythos of ‘divine Messiah’ and ‘suffering Messiah’: “For redemption comes from God and through God, the Messiah is only an instrument in the hands of God. He is a human being, flesh and blood, like all mortals. He is but the finest of the human race and chosen of his nation….Both with respect to holiness, righteousness, truth, and goodness, and with respect to might and authority [Prophet like Moses], the Messiah is the “supreme man”…but with all his superior qualities, the Messiah remains a human being” – (Allan Russell Juriansz. The Hebrew Messiah: The Glory and Triumph of Israel, iUniverse, Bloomington, 2015, see also: Joseph Klausner. The Messianic Idea in Israel, 1926; Gershom Scholem, The Messianic idea in Judaism, Schocken, 1995).