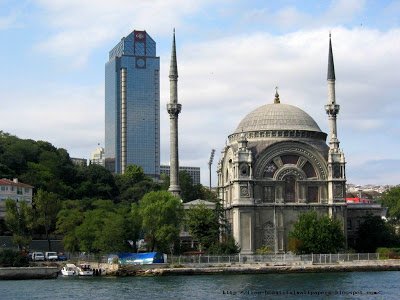 89. Imam u’l Muttaqeen – the Leader of the Pious who fears ALLAH: As ALLAH said of him: “The Prophet (Muhammad, on whom be peace) has a greater claim on the faithful than they have on themselves” – (Quran 33:6).

– “The destruction of the Second Temple” says Lawrence H. Schiffman “in 70 C.E came at the end of seven decades of unrest and anti-Roman agitation. Jewish resistance against the Roman occupation was fueled by patriotism and the dream of an independent state like the one destroyed by the Babylonians and briefly restored after the Maccabean revolt. The dream of independence was not merely political; it had strongly supernatural and mystical features, fanned both by Biblical prophecies and by the eschatological writings of Second Temple times….[They] were convinced that they were engaged in the final conflict at the end of days…throughout the Second Temple period, Messianism was a central belief of many of the groups whose writings we know from the apocrypha, the pseudepigrapha, and the Dead sea scrolls. The idea of a Messianic redemption was based on the Biblical prophecies of the restoration of the Davidic monarchy and of the wicked on the day of the Lord…”

“When Caliph Omar ibn al-Khattab” avows to the context C. T. Benedict “entered the city of Jerusalem in 638, the ruins of the temple were being used as a rubbish dump, by the Christian inhabitants. He had ordered the cleaning of the site and building of a ‘House of Prayer.'”

“…Temple Mount is identified by the Jews and Moslems, as the area of Mount Moriah…[adjacent to it is] “Furthest most Sanctuary” (Masjid Al