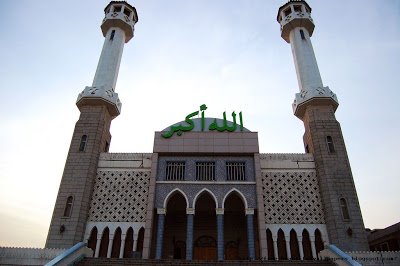 Zion Zohar et al also adds in “Sephardic and Mizrahi Jewry: From the Golden Age of Spain to Modern Times“, in chapter ‘The Origins of Sephardic Jewry in the Medieval Arab world‘: “An Oracle indicates there will come the “day of the Lord,” when all of Israel’s enemies will be defeated, and the entire Israelite dispersion will return to Zion. Among other Diaspora communities, the oracle prophesies that ‘the Jerusalemite exile community of Sepharad shall possess the towns of the Negev.'”

“In other words, Sepharad was a place in the ancient Jewish Diaspora. It was thought to be Sardis in Asia Minor. The Aramaic translator of the Bible rendered “Sepharad” by the word “Aspamia,” presumably thinking of Apamea, a city in Mesopotamia. But the word sounded similar to “Hispania,” an ancient name for the Iberian Peninsula. The Jews who lived in Muslim Spain in the Middle Ages believed they were descendants of the Jewish nobility of Jerusalem who were captured by the Romans and later deported to Rome and Spain after the destruction of Jerusalem in the first century CE. These medieval Spanish Jews concluded that “Sepharad” in the oracle of the Prophet Obadiah meant “Spain,” and therefore, they called themselves Sephardim…”

“Conventional wisdom has traditionally held that medieval Jews living in the Arab world enjoyed substantially greater security and a higher level of political and cultural integration…Jews normally brought legal cases before the Jewish bet din, but they did not shrink from Muslims courts. They felt secure before the Muslim “Qadi” and trusted the due process of Islamic law. Halakhic writing in Arabic even absorbed principles of Islamic jurisprudence. Jews read Islamic literature, even the Qur’an – pages of the Qur’an transcribed into Hebrew letters were found in the Cairo Geniza. Jewish intellectuals studied philosophy in a neutral setting with Muslim colleague.  Medicine, widely open to the Jews, provided another means of access to high Arab society. Jews attained prestigious posts in the courts of Arab rulers as physicians, clerks, in the bureaucracy, or, on rare occasion, as close advisers to the caliph or sultan…”

“In their own communities, the Jewish elite formed illustrious courts similar to those of Muslim rulers. There they discussed Jewish topics and listened to readings by Hebrew poets…”

“In economic life – especially during the first six centuries of Islam, the period known as the Golden Age – Jews exhibited substantial occupation differentiation. They participated in nearly every walk of life characteristic of society at large…”

“In the Muslim world, Jews had a fixed and assured place in the social and religious hierarchy and so were never expelled” – (Sephardic and Mizrahi Jewry: From the Golden Age of Spain to Modern Times, New York University Press, New York, 2005, pp. 23-30).