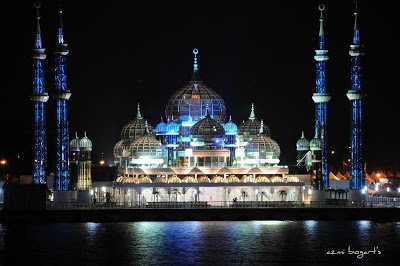 92. Prophet like Moses: Prophet Muhammad (Peace Be Upon Him) is the prophet who can be compared very closely with Moses and it is also the Moses (Peace Be Upon Him) who bore the tidings of his coming and had believed in him. As ALLAH says: “A witness [Moses, on whom be peace] from among the Children of Israel has borne witness of one [Muhammad, on whom be peace] like him, and hath believed, and ye are too proud (what plight is yours)? Lo! ALLAH guideth not wrongdoing folk” – (Quran 46:10).

– According to Deuteronomy (18:18) Moses prophesied in the name of Almighty ALLAH: “I will raise them up a prophet from among their brethren, like unto thee, and will put my words in his mouth; and he shall speak unto them all that I shall command him”. And again this Prophet connected with the coming from the desert of Arabia i.e. from the children of Ishmael (See: Isaiah 21 and Isaiah 42).

Many exhaustive historians and orientalists on the subject, had to admit and acknowledge the reality that some hundred years before Prophet Mohammed (on whom be peace), the advent of another Prophet like Moses (Deut. 18:18) had been expected from the Arabs from the tribe of Ishmael – (See: Edward William Lane (who became Muslim in 1825 after his thorough research on the subject). Selections from the Kuran, Trubnet & Co Ltd., 1879).

Further, even modern occidentals had to recognize that Muhammad [PBUH] was a blessed Prophet like those of the Old Testament Prophets. As William Montgomery Watt says that Muhammad [PBUH] was a great Prophet like Moses, he says in his Religious Truth for Our Time (Oxford: One world, 1995, p.80), “Muhammad [PBUH] was a Prophet comparable to the Old Testament Prophets. He had to bring knowledge of God and of His commands to a people without any such knowledge. In this respect Muhammad’s [PBUH] role and station more closely resembled that of Moses in that; through each of them a form of the Divine law (was brought into play).”

“The Qur’an described Muhammad (Peace Be Upon Him) as an Arab Prophet”, also avows Eerdmans Dictionary of the Bible, “a descendent of Ishmaelites, through a figure known as ‘Adan. It was Muhammad’s (Peace Be Upon Him) intention to return Arabs to the undefiled religion of their forefather Abraham” – (“Eerdmans Dictionary of the Bible”, edited by David