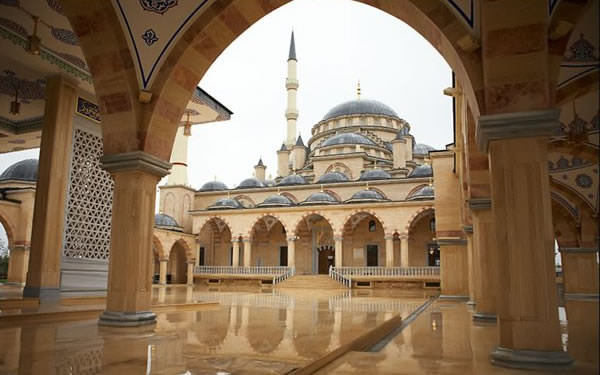 David’s heir, and he said: O men! We have been taught the language of birds, and we have been given all things; most surely this is manifest grace (of ALLAH upon us)” – (Quran 27:16).

– Many Jewish knew this fact that the awaited Prophet Muhammad (Peace Be Upon Him), whom the modern rabbis knew as Messiah will be a kingly figure like that of David and Solomon and thus they chanted that he will be like them in the kingly prophetic rule – (See: Wout Jac. van Bekkum et al. Syriac Polemics, Peeters Publishers, Leuven, 2007, pp.29-30). “King David is the prototype of the….redeemer, both are placed on a part in character, achievement, and authority [See: Chapter VIII, “Prophet Muhammad (Peace Be Upon Him) in the Light of Davidic Expectation” for further elaboration]…who will emulate his sire in his zeal for the Torah (Law of God in other words), who will espouse the written Law (i.e., God Laws), fight the battle of the Lord, and prevail upon all Israel to obey the Law, may be assumed to be the Messiah. If he has, furthermore, rebuilt the Sanctuary and gathered in the dispersed tribes of Israel to the Holy land, he is certain to be the long-awaited Messiah” – (Sarachek, op. cit., pp.146-7).

The daily Aleinu prayer of Jews also says: “…may all the inhabitants of the world recognize and know that every knee should bend to You, every tongue swear by your Name. Before You, Lord our God, may they bow and prostrate themselves and give honour to the glory of Your Name, and may they all accept upon themselves the yoke of Your Kingship…‘” (Arye Forta. Judaism, Heinemann, Oxford, 1995, p.21).

However, this task cannot be possible as Rabbis adds to the context by a normal human being and thus Divine Power has selected his beloved for this task (See: Cohn-Sherbok, op. cit. 183-4). It is echoed throughout the history by the earlier Prophets that with the coming of the Universal and the Seal of the Prophets, the Prophet Muhammad (Peace Be Upon Him), the world will recognise the existence of the One True God, ALLAH and His Law – (See: Ezekiel 24:15).

Indeed, there is a fulfillment of the vital sign connected with the Prophet Muhammad (Peace Be Upon Him) that he is the King-Messiah that with his hands the true Monotheism flourished around the globe, Jerusalem was liberated and the Solomon’s Temple was rebuilt – (See: M. J. Kister, Haddithu an bani isra’ila wa-la haraha, Israel Oriental Studies, Jerusalem, 1972, p.223).

“Jews” Arye Forta further avows “recognise that Islam teaches pure Monotheism and that Muslims have a strict morality that upholds the principles of the Noachide Laws [i.e. Noah’s Seven Laws: Do not deny God; Do not blaspheme God; Do not murder; Do not engage in illicit sexual relations; Do not steal; Do not eat of a live animal; Establish courts/legal system to ensure obedience to the law]….and millions of people have come to worship the One God” (op. cit., p.21).

The Encyclopedia of Christianity also avows: “Islam is the Monotheistic, Revealed religion founded by the Prophet Muhammad (PBUH). From its