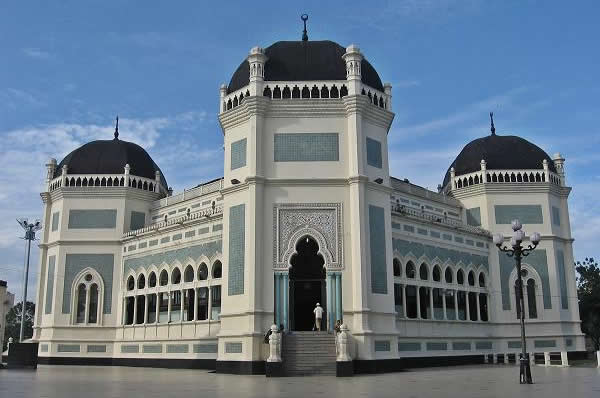 original home in the Arabian Peninsula, Islam spread over the Near East, North Africa, central Asia, India and Indonesia, and it is still winning new adherents [whereas Christianity and Judaism are losing its adherents] in Africa and around the world. In A.D. 2000 approximately 1.2 billion people are Muslims” – (Erwin Fahlbusch. The Encyclopedia of Christianity, Volume 2, Wm. B. Eerdmans Publishing, Grand Rapids, 1999, p.749).

Concerning further prophecies of the return of Judas and rebuilding of the Temple and the flourishment of Jerusalem and the Jews history can well be accorded from the following citations: “The status of Jerusalem” as Oliver Leaman avows “in the Qur’an needs to be linked with the status of a number of important figures in the Jewish Bible and Gospels. Abraham, Moses, David, Solomon, Zechariah, John the Baptist, and Jesus are among the prophets and messengers of God according to Islam…The Qur’an sees itself as recounting their stories and also restoring their status by removing some of the charges and allegations that were made against their characters by earlier and deceitful authors, in particular the Jews who are regarded as not only defaming their prophets but even trying to kill them when they had the chance.”

“David was accused in the Bible of committing adultery (2 Samuel 11-12) and Solomon was accused of idolatry (1 Kings:11). The Qur’an absolved them from all these charges (Quran 38:30). This suggests that David and Solomon are more revered and respected in Islam than in the Jewish and Christian traditions, and indeed the city associated with them, Jerusalem, is also given a high status in Islam. The sacredness of the city of Jerusalem, according to Islam, lies in its historical religious reality. This is the city that witnessed the life and works of the greatest prophets and messengers of God. Here Divine grace was at work for a long time. Mecca and Medinah are blessed cities in Islam because of their association with the Prophets Abraham, Ishmael, and Muhammad (Peace Be Unto Them). In a similar way, Jerusalem is blessed and important in Islam because of its association with other prophets of God, namely David, Solomon, and Jesus (Peace Be Unto Them)….the most remote (as Quran calls) one was the Temple of Jerusalem, and that Muhammad (Peace Be Upon Him) had experienced a transmigration to heaven while standing upon the rock around which the Dome of the Rock [i.e. Solomon’s Temple] was erected ” – (Jewish Thought, Routledge, UK, 2006, pp. 72-73).

The Encyclopedia of Judaism had to attest this fact and it says boldly: “[When] The Prophet Muhammad [PBUH] was born…and…Islam [spread from his hands], which unified the Arab tribes in the Arabian Peninsula…they brought an Arabic form of Monotheism to vast territories, from India and Central Asia in the East to Morocco and Spain in the West, all in about 150 years. In the early years of Islam, most of the Jews in the world lived in the lands where Islam grew. The Jews were often able to participate in the economic and cultural growth that Islam brought in its