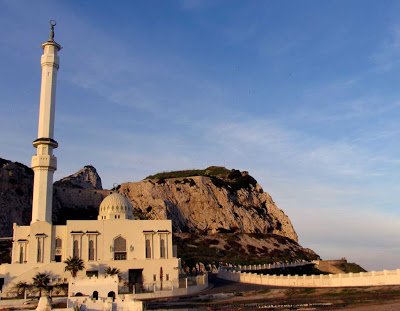 Prophet Muhammad (Peace Be Upon Him): The First Creation of ALLAH page 125

of Joseph Caro). As we know, everything was made through the essence of the Prophet Muhammad (Peace Be Upon Him), the pre-existent creation, which ALLAH, the Creator created first as the Crowning Glory of His creation. Thus, in the Prophetic writings, whenever the Prophets described the land or the scrolls which bear his testimony, they, by knowing this phenomena described it with his sacrosanct name, the ‘Muhammad’s’ (on whom be peace) as we will see in Is. 64:11; 2 Ch. 36:19; La. 1:10; 1 Kg. 20:6; La. 2:4; Jo. 3:5.

Evidently thus affirms the Babylonian Talmud, Sanhedrin 98b that the world was created but only for the Messiah (Talmud: Mishnah (Oral Law) and Gemara (Commentary)).

And “‘He saw him still another time’ (Quran 53:13) means to say ‘at the beginning of time’, when the column of light of Muhammad (Peace Be Upon Him) was standing before God.”

“Before the beginning of creation a million years ago, he stood before Him in worship, with the deposition of faith and [to him] was unveiled the mystery by Mystery itself” – (Annemarie Schimmel.  And Muhammad [PBUH] Is His Messenger: The Veneration of the Prophet in Islamic Piety, UNC Press, 1985, p.125).

As such, it was also avowed in Genesis Rabba (2:4) “You find that at the beginning of the creation of the world King Messiah was born [and] that he emerged in the thought [of God] even before the world was created…” (Bereshith Rabba in Hebrew, Republished by P Shalom Publications; Hebrew Ed. edition (December 1988)).

Further, Yalkut also states: “‘And God saw the light and it was good.’ This is the Light of the Messiah…to teach you that God saw the generation of Messiah and His works even before He created the universe, and He hid the Messiah…under His throne of Glory. Satan asked God, Master of the Universe: ‘For whom is this light under Your Throne of Glory?’ God answered him, ‘It is for…[the Messiah] who is to turn you backwards and who will put you to scorn with shamefacedness” – (Sanhedrin 99a; Berachot 34b; Shabbat 63a; see also Pesiqta Rabbati (Greater Chapter), edit. by M. Friedmann, p.161a).