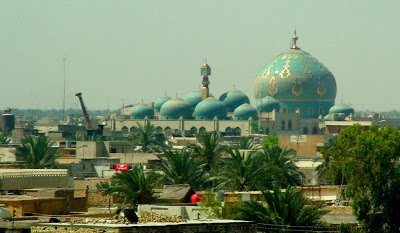 the envious, ‘and thou shalt call him by the name of Mohammad (Peace Be Upon Him) which means The Lauded, as he is announced in the Taurat and the Injil, for he will be lauded by all the inhabitants of Heaven and Earth” – (The life of Mohammad the Prophet of ALLAH, Paris Book Club, Paris, 1918, p.5).

On the same eventful night, many Jewish and Christian scholars acknowledged the new brilliant star, which heralded the tidings of the coming of the new and ultimate Prophet. These sages were also among the foremost to behold the tidings of the coming of this new Prophet bearing the name of Muhammad and Ahmad (Peace Be Upon Him). Well, throughout history, there were many Jewish and Christian ancient sages who had heralded that when the final Messiah will come, his light will illumine in the form of a brilliant star on the high heavens. As we see, Rabbi R. Shim’on ben Yohai adds “this is for you the sign [of the king Messiah]: A star will grow from the east…and if it lights up, it is for the benefit of Israel” (Nistarot R. Shim’on ben Yohai, BhM 3:82). And further Rabbi E.E. Dessler confirms that divine providence will “cause the light of the Messiah to shine before the coming of the Messiah and draw the hearts of the people towards truth” (See: The Handbook of Jewish Thought, Volume 2, Moznaim Pub Corp, 1992, Israel).

In the emblem of that prophecy, it was nothing amazing for any legendry Jew or Christian to observe one of the most learned Jewish scholar on that eventful night speaking in the streets of Medina in a loud voice, calling his countrymen. When they had all assembled [he] said: ‘Tonight, the star of Ahmad, which proclaims his birth has risen'” – (Tor Andrae. Mohammed [Pbuh], the Man and His Faith, Originally published by Scribner, NY, 1936, translated by Theophil Menzel, Dover Publications Inc., NY, 2000, p.35).

The Holy God, moved by the magnificence of this mystical achievement, decrees that Messiah will be born now, and the angels celebrate. (Doug Lipman. Soul of Hope, 2002 Doug Lipman, USA).

As Jesus (on whom be peace) foretold these tidings in his ministry “when the Son of Man comes in his glory, and all the holy angels with him, then he will sit on the throne of his glory” (St. Matthew 25.31).

And lo! the “angels proclaimed it with high and low voices, Gabriel came with good tidings, and the Throne trembled. The houris came out of their castles and fragrance spread. Ridwan [the keeper of the gates of Paradise] addressed: “Adorn the highest Paradise, remove the curtain from the palace, send a flock of birds from the birds of Eden to Amina’s (on whom be peace) dwelling place that they might drop a pearl each from their beaks.” And when Muhammad (on whom be peace) was born, Amina (on whom be peace) saw a light, which illuminated the palaces of Bostra. Angels surrounded her and spread out their wings. The row of Angels, descended and filled the hill and dale” – (Schimmel, op. cit., 1985, p.150).     “Lo! A white silken sheet spread between the heaven and the earth”- (Ibid.).”In the hour of his birth, brilliant light shone over the entire world from East to West” – (Andrae, 1936; 2000, op. cit., p.35).