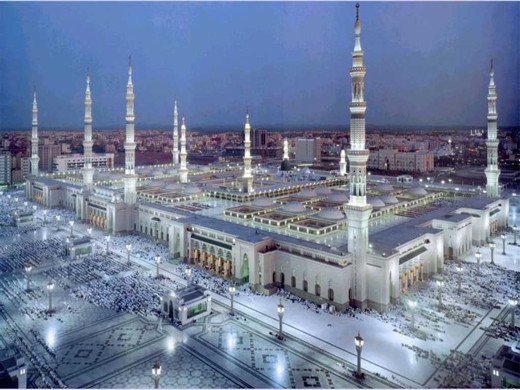 There are still numerous brilliant parallel prophecies in the Bible concerning the coming of the Prophet Muhammad (Peace Be Upon Him), through whom Lord God, ALLAH, will bless His creation. The golden sayings for the blessings of the nations through Abraham and his offspring Ishmael and Isaac are still preserved in Genesis (12:2-3; 17:10-12; 17:20-21). The Prophecy against Arabia is still seen in Isaiah (21:13-16); and to be a Prophet like Moses was found in Deuteronomy (18:15-18). And the coming of this final Prophet         by name “AHMAD” was said in Haggai (2:7) and again it was echoed by Samuel: Behold For whom all shall come Hamada [Ahmada] Israel? Is it not for thee and for all thy father’s household? – (1 Sam. 9:20). Besides it the Lord God, ALLAH Himself summoned Ezekiel to call to the Children of Israel to bear witness of the coming of this Prophet Muhammad (on whom be peace), as the joy of their eyes for whom they have heightened throughout the history: O Son of man, know that on the day I will send their stronghold, their joy and their glory, the MUHAMMAD in front of their eyes, the longing of their hearts, as well as their sons and daughters – (See: Ezekiel 24:16; 24:21; 24:25). And Solomon also proclaimed to the daughter of Jerusalem: Yea he is my MUHAMMAD, this is my beloved, And in the shade of AHMAD I sat down and his fruit was sweet to my taste (Song of Solomon 5:16; 2:3). When Jeremiah saw the abhorrence of Israelites towards the Law, he lamented: All the people moan, they seek bread; they have given up Thy Beloved Thy MUHAMMAD for food to refresh the soul [for worldly greed]. ‘See, O LORD, and behold how abject I am become.’ (La. 1:11).

Well, even the beatitudes of Jesus in the current version of the Gospel of Matthew (5:3-12) calls the Prophet Muhammad (Peace Be Unto Him), as the “Blessed” which was translated to “Makarios” in Greek Gospel. We argue that originally Jesus used the proper name of “Muhammad” or its variant form “Ahmad”. As one can see here that Jesus is describing the characteristic of the future appearance of a Prophet, whose name we understand has been translated into Greek as “Makarios” and later in English substituted with its meaning of “Blessed”. Indeed, the name of the Holy Prophet Muhammad (on whom be peace) means in English as the “highly praised” or “highly blessed”. The more equivalent to it in Greek is “Makarios”. Further, to support our argument the beatitudes themselves stand as verdicts to the fact that Jesus was prophesying of the coming of another Prophet after him who will be prosecuted like any other Prophet. And he gave assurance to this new Prophet to be exceedingly glad for he said: Yours is the great reward in the High Heavens (5:11-12). Analogous to it in the Gospel of John (14:16; 15:26), we will see that Jesus also exhorts mankind to believe in the coming of the new Prophet “a parallel figure to Jesus himself.”1 Either whose name we render as “Paraclete”, “Comforter”, “Advocate”, “Helper”, “Holy Spirit”, “Periklytos”, or more appropriately as “Ahmad”, all those names and characteristics are still  ———————————————————————————————————————————————————————————————– 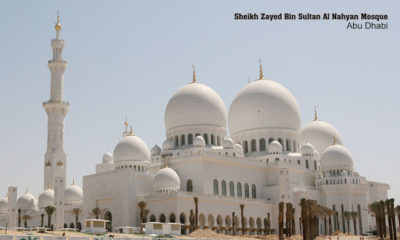 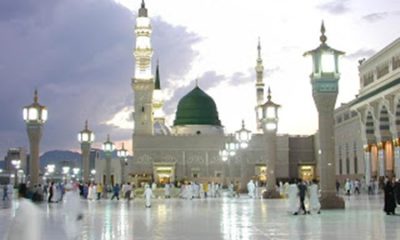