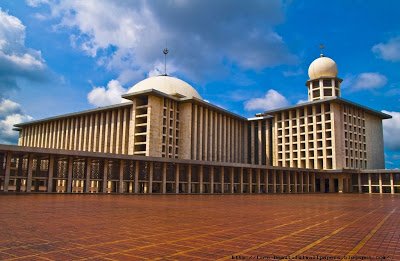 were headed by Kabil. God then acquainted Adam with the names and fate of all his posterity.”

“When all the posterity of Adam were assembled, ALLAH exclaimed to them, ‘Acknowledge that I Am the Only God, and that Mohammed (Peace Be Upon Him) is My Prophet.‘† The company on the right eagerly made this acknowledgment; those, however, on the left long hesitated…”

“The disobedient”, said ALLAH to Adam, “shall, if they remain obstinate, be cast into hell, but the true believers shall be received into Paradise. ‘So be it,‘ replied Adam. And thus shall it be at the end of the world”.

“After the covenant”, continue the Legends of the Patriarchs and Prophets and Other Old Testament Characters “ALLAH rubbed Adam’s back once more, and all his little posterity retreated into it again.”

“When now ALLAH withdrew His presence from Adam’s sight for the remainder of our first parents’ life, Adam uttered such a loud and bitter cry that the whole earth quaked.”

“The All-Merciful was filled with compassion and bade him to follow a cloud which would conduct him to a spot where he would be directly opposite His throne, and there he was to build a Temple.”

“Said ALLAH, ‘and I Am as near to you as the angels who surround My throne.‘”

† When “God gave his soul to man”, we also witness this in the words of Jesus Christ (on whom be peace) in the Gospel of Barnabas “while all the holy angels sang: ‘Blessed be thy holy  name, O God our Lord.’ “Adam, having sprung up upon his feet, saw in the air a writing that shone like the sun, which said: ‘There is only one God, and Mohammed  [PBUH] is the messenger of God.'”

“Whereupon Adam opened his mouth and said: ‘I thank Thee, O Lord my God, that Thou hast deigned to create me; but tell me. I pray Thee, what meaneth the message of these words: “Mohammed [PBUH] is messenger of God. Have there been other men before me?” ‘Then said God: “Be thou welcome, O My servant Adam. I tell thee that thou art the first man whom I have created. And he whom thou hast seen [mentioned] is thy son, who shall come into the world many years (from now) . Hence, and shall be My messenger, for whom I have created all things; who shall give light to the world when he shall come; whose soul was set in a celestial splendour sixty thousand years before I made anything.”

“‘[Thus] Adam  besought  God,  saying: ‘Lord, grant me this writing upon the nails of the fingers of my hands. Then God gave to the first man upon his thumbs that writing; upon the thumb-nail of the right hand it said: “There is only one God,” and upon the thumb-nail of the left it said: “Mohammed [PBUH] is messenger of God.” Then with fatherly affection the first man kissed those words, and rubbed his eyes, and said: ‘Blessed be that day when thou shalt come to the world'” (Barnabas, Chapter: 39).

Admin
Related ItemsProphet Muhammad (Peace Be Upon Him): As a Blessed Prophet