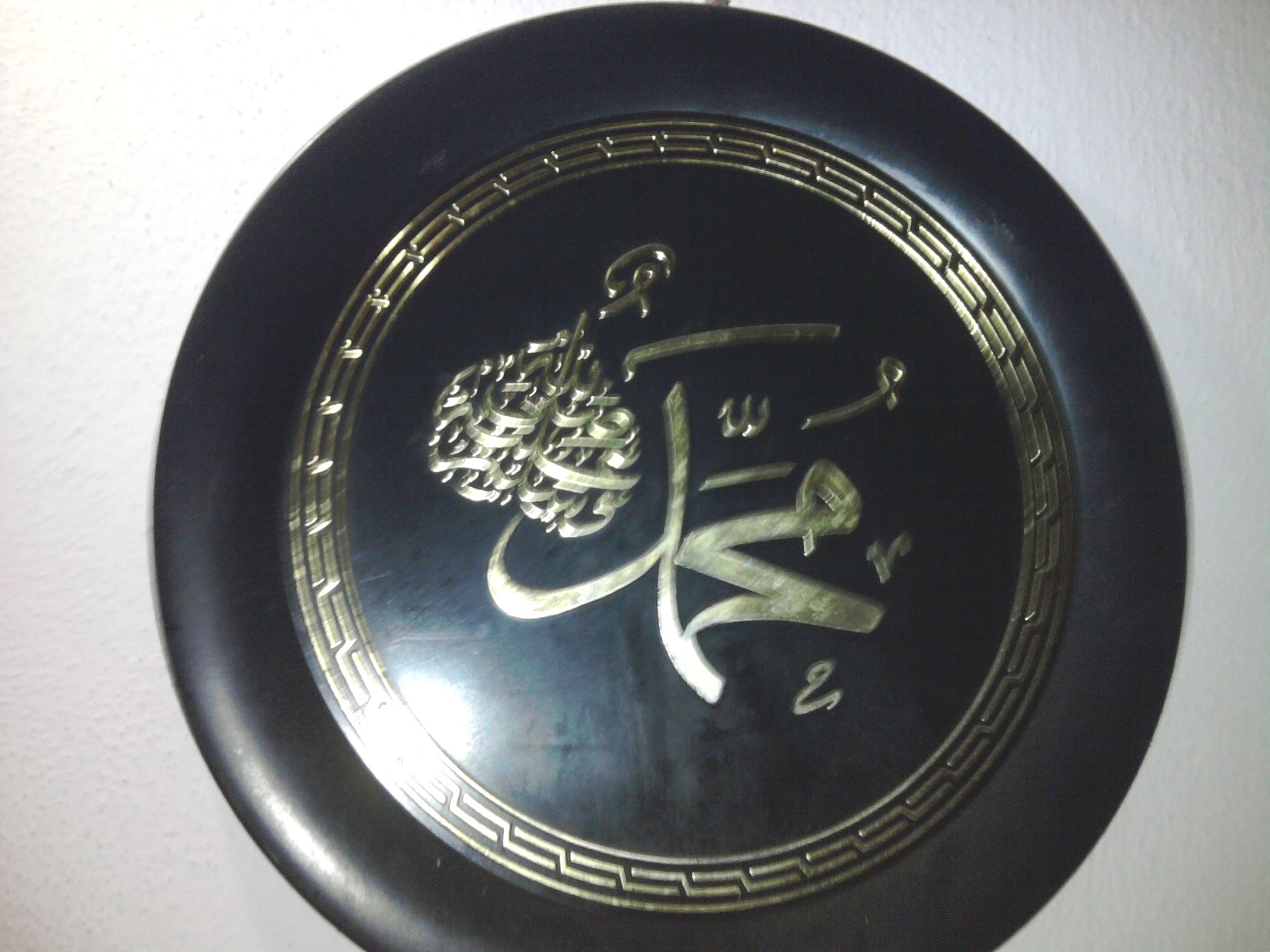 76. ‘Izz u’l Ishmael – the Might of Ishmael: Prophet Muhammad (Peace Be Upon Him) was the descendant of Abraham through his elder son Ishmael (Peace Be Unto Them). Ishmael also like Isaac (Peace Be Unto Them) was blessed by ALLAH Himself and promised to our patriarch that through his seed He will bless the nations. We cannot deny this fact that whatever the lines you draw, both the nations of Ishmael (Arabs) and Isaac (Israel) were Divinely blessed, both these patriarchs were righteous, pure and saintly-prophets. Indeed, Prophet Muhammad (Peace Be Upon Him) is the honour and might of Prophet Abraham, Ishmael and Isaac (Peace Be Upon Them).

– It was verily prophesied in the Books of the previous Prophets that Prophet Muhammad (Peace Be Upon Him) will be the descendant of Abraham through his son Ishmael, the one who was actually put to sacrifice. And Abraham said unto God, O that Ishmael might live before Thee (i.e. before Thy Temple in Makkah)! – Gen xvii. 18.

“The design of God” Hollies Read adds to the context “seems to have been, first, to fulfill His promise to a great branch of the Abrahamic family, the posterity of Ishmael…Is there no blessing for Ishmael? “And God said – as for Ishmael I have heard thee: Behold, I have blessed him, and will make him fruitful, and will multiply him exceedingly…” We are, I think, to look for a parallel – though often by way of contrast – in this histories of the posterity of Isaac and Ishmael. Both should inherit a blessings… The spirit of Mohammed (PBUH) was singularly transfused through all the ranks of his followers: it was an implacable hatred of Idolatry. Wherever the Moslem was found, he was the hammer of God to break in pieces the idols of the heathen….Mohammed (PBUH) was a Reformer. He introduced into Western Asia a better religion than at the time existed there. There was more truth – more of Divine revelation…”

“His religion was to him a Truth, and an improvement on any system…The Christianity of his time was a vile alloy; Judaism no better; and Paganism worse. He set himself to devise and establish a better. He seized on the Great Truths of religion by that “inspiration (Quran) which giveth man understanding…”

“It was an acknowledgement of One God, of self-denying duty, and of future rewards and punishment. To him the whole world seemed given up to Idolatry. The absurd and false nations on the subject on the Trinity, had laid the Christians [also] under the charge of worshipping a plurality of Gods, to say nothing of the prevalent worship of images, saints and angles. His spirit was stirred within him. Hence he became the bold champion of the Great Truth, God is One.”

“He resolved to unite, under One God and One King, the invincible spirit and the primitive virtues of the Arabs…prepared the world for a great revolution…The advent of the Messiah (the Mohammed, on whom be