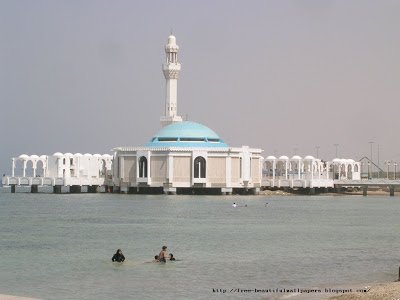 91. At Whose Coming, despaired Judas return to Jerusalem: Prophet Muhammad (Peace Be Upon Him) was not only the mercy for one community or one race but he was and he is the mercy for all of ALLAH’s creation. Evident signs of his Prophethood has been given centuries before his coming and it is said with his coming the despaired Judas will return to Jerusalem.

– United States Congress adds: “Under the auspices of Islam the Jews flourished, not only in Jerusalem, but throughout the Muslim world” – (Jerusalem: The Future of the Holy City for Three Monotheisms, Hearings Before the Subcommittee on the Near East. 92-1. Wednesday, July 29, 1971, U.S. Government Printing Office, Washington, D.C., 1971, p.14).

Messianic expectations were based upon common tradition and “the hope for return from exile was scripturally founded and central in Jewish prayer” (Junghwa Choi. Jewish Leadership in Roman Palestine from 70 C.E. to 135 C.E, BRILL, Leiden, 2013, p.192). In the words of Mishna Torah 14, Kings and Wars, 12.4: “The sages and prophets did not long for the days of the Messiah that Israel might exercise dominion over the world, rule the heathens or to be exalted by the nations, or that it might eat, drink, and rejoice. Their aspiration was that Israel be free to devote itself to the Law and its wisdom.” – (Kenneth Seeskin. Jewish Messianic Thoughts in an Age of Despair, Cambridge University Press, Cambridge, 2012, p.29).

“As Chief Magistrate” Bernard Lewis adds to the context “and later Ruler of the community of Medina, the Prophet (Peace Be Upon Him) had Jewish subjects; as sovereign of the Islamic State he had relations with both Christians and Jewish neighbors in other parts of Arabia…Muhammad (Peace Be Upon Him) became a Statesman in order to accomplish his mission as a Prophet…Here too the Qur’an is very instructive. Unlike most earlier religious documents, it shows awareness of religion as a category of phenomena, and not merely as a single phenomenon…Thus, for example, the verse  la ikraha fi’-din (II,256), “there is no compulsion in religion,” has usually been taken to mean that other religions should be tolerated, and that their followers should not be forced to adopt Islam…the advent of Islam and…Muslim rule brought a marked improvement in their circumstances, and a greater degree of religious freedom…”

“The Qur’an recognizes Judaism, Christians…Sabians, as earlier, incomplete, and imperfect forms of Islam itself, and therefore as containing a genuine if distorted Divine revelation…”